1 SOLAR RETURN REPORT FOR ANGELA Solar Return Report for Angela For year beginning September, 2019 at location: Dublin, Ireland (53N20, 6W15) Angela: 10/9/1988, 06:30 PM BST DublinIreland (53N20, 6W15) Interpretation text by Henry Seltzer and Maria DeSimone Copyright 2012 AstroGraph Software astrosofa.com - Your future is written in the stars https://www.astrosofa.com Email: office@astrosofa.com This is an important year for you when you can expect your basic character to be tested. You will learn valuable, perhaps profound lessons of self-reliance. Fortunately, your personality takes on a vibrant shade of courage over this twelve-month period. The ability to forge ahead with no fear is one secret to the success you're likely to find yourself experiencing. Personal achievement will be the main theme of your life for the next year. It has become time for you to actively pursue the expression of your talents. You are the creator of your world right now, and the world responds to you in proportion to the energy that you bring to bear. Sun and Moon Sun in Virgo (18° Vir 12' 41") Sun in the First House Angular planet - conjunct Ascendant The Sun is the most important planet to consider in your Solar Return chart since it tells you where and how you're likely to focus your basic energy over this twelve-month period until your next birthday. With the Sun placed in the First House, the emphasis is going to be on self-assertion, personal expression and the active pursuit of your identity. It may also be a time for you to focus on yourself and your own needs rather than your needs in the context of a partnership. You're likely to find there's little time left over for relationships this year since your energy will be devoted primarily to yourself and your own requirements. Over this year-long period, you can expect many exciting changes that will establish new perspectives and opportunities for you, and that could also serve to give you a level of confidence you might previously have been lacking. This year will likely be a time for making important headway in your professional life as well. A positive sense of self could turn out to be the foundation and the springboard for many other areas of your life.

2 SOLAR RETURN REPORT FOR ANGELA Sun in strong conjunction (within 2.9 degrees) with Mars The strongest blend of the energies represented by these two planets. With the Sun conjunct Mars in your Solar Return chart, over the twelve-month period until your next birthday the emphasis is on asserting your identity with increased vitality and force. Your will is practically indomitable! If you initiate a project this year that requires exuberance, drive and ambition to complete there is every indication for success. There is also the potential for anger and selfishness to manifest this year so it is advisable to be watchful for aggressive actions or displays of temper. If you are not careful with the extraordinary forcefulness you have at your disposal right now, you could act out in some situation with ruthlessness or reckless abandon, sabotaging your efforts. If however, you channel this enormous vitality, you are likely to achieve more than you could initially conceive. Your sex drive might tend to increase as well, which could be enjoyable. This is likely to be a year for you to combine great powers of assertion and courage towards self-development. You will fight for your right to express the very essence of who you are and there is every indication that you will do so. In fact, this is a year when you are more capable than you ever imagined of simply making it happen. Sun in strong square (within 2.3 degrees) with Jupiter The planetary energies conflict; internal and creative tensions bring rich rewards through effort over time. With the Sun in dynamic aspect to Jupiter in your Solar Return chart, over the twelvemonth period until your next birthday the emphasis is on expanding your personality and identity into a more enlightened awareness. You might experience a great deal of success and reward this year. You also could experience an over-expansion with resulting losses. If you triumph it's likely that a renewed sense of faith and optimism in yourself will be the catalyst. In addition, your personal philosophy, sense of spirituality and belief system will likely be important factors in your growth. You also might find that others either personify good fortune for you or place conflicts in the way of your obtaining it. The department in which these gains and increased self-confidence will take place depends on the house where the Sun is located. This area of life could also witness an over-expansion as well, so that it is prudent to maintain a sense of cautious rather than fully 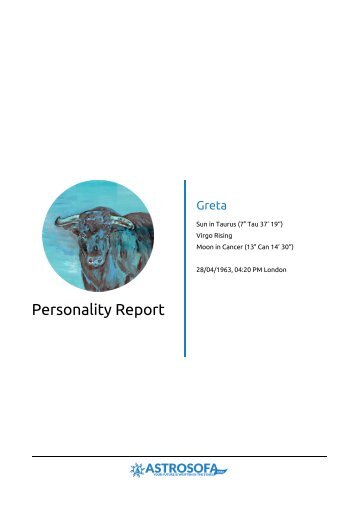 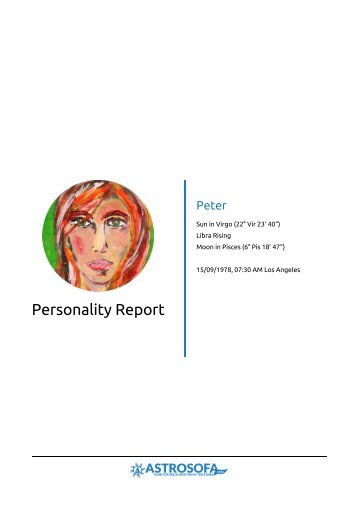 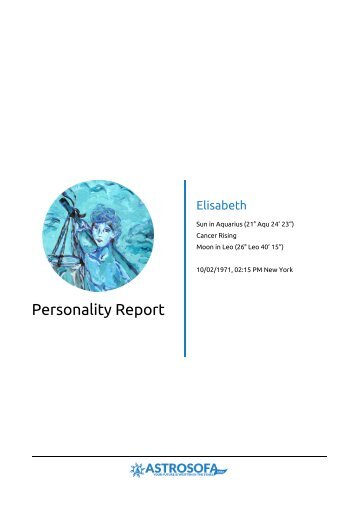 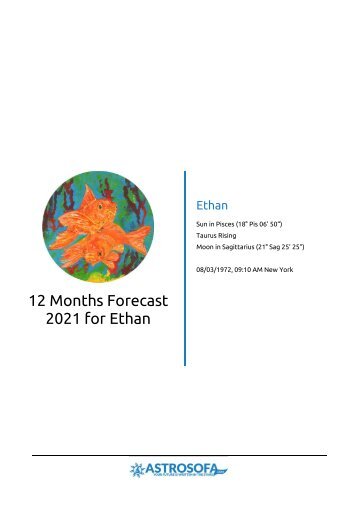 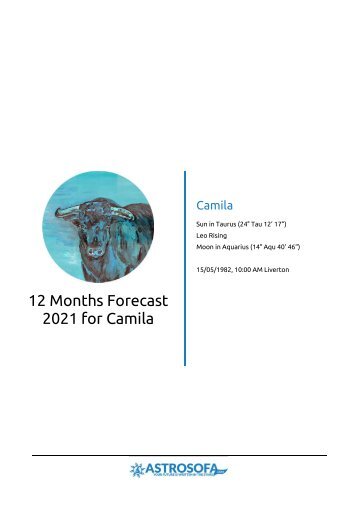 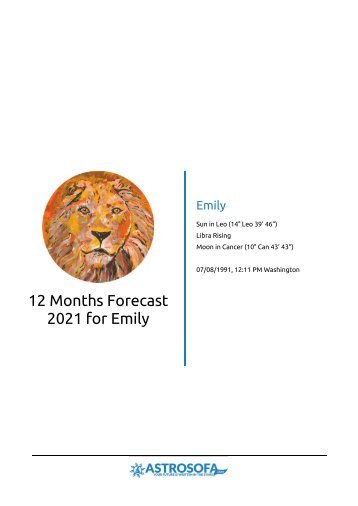 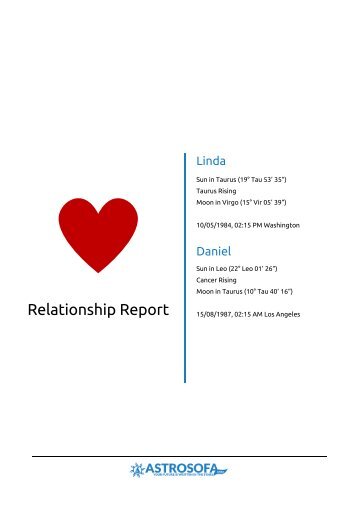 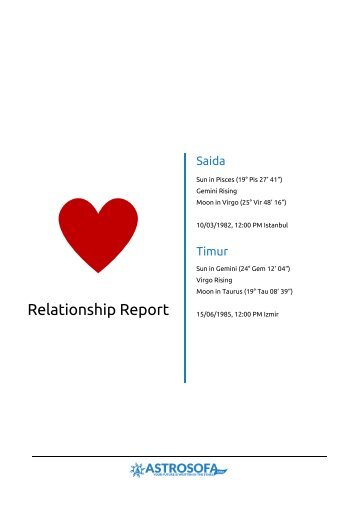 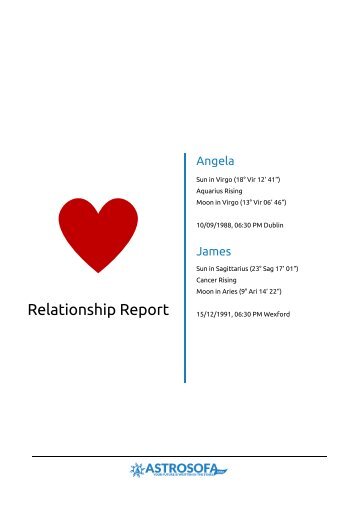 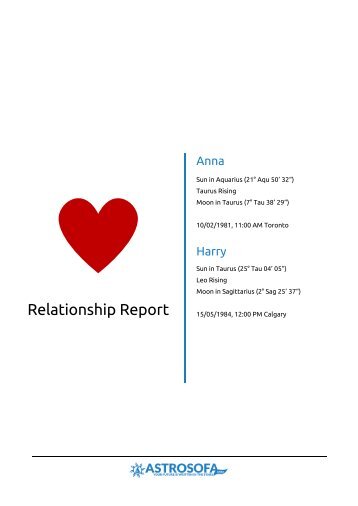 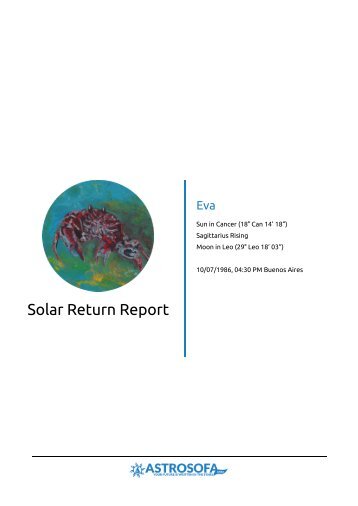 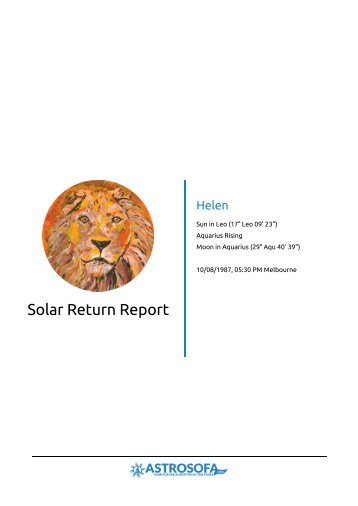 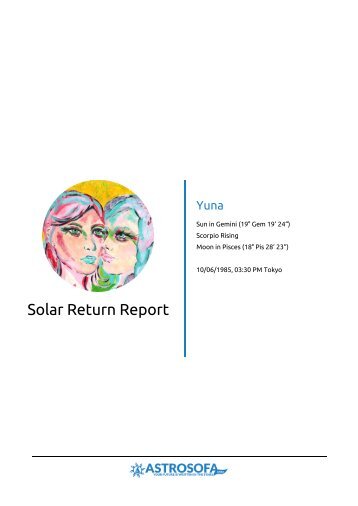 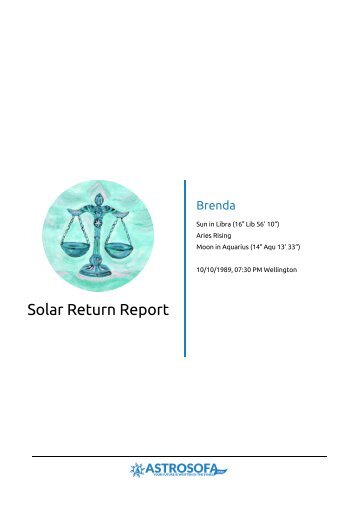 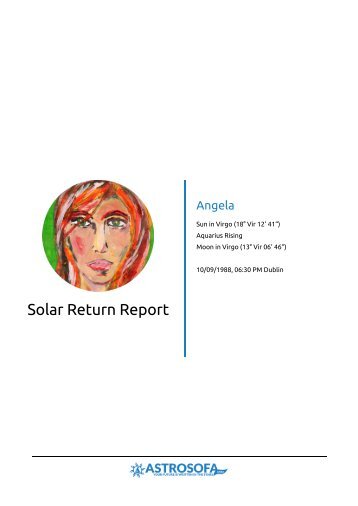 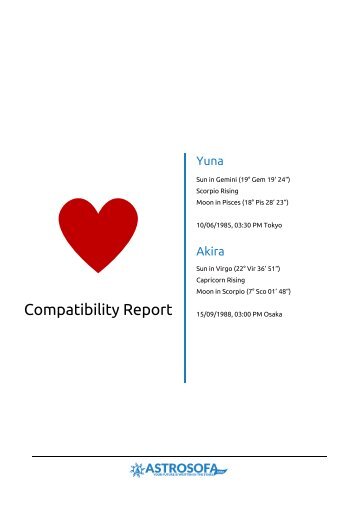 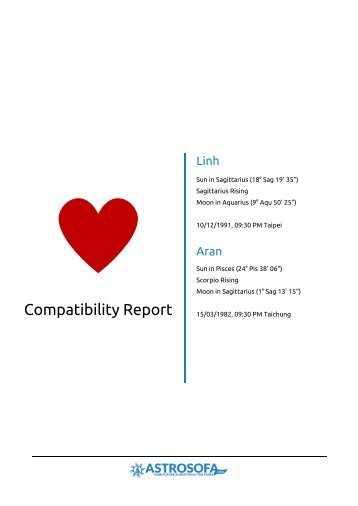 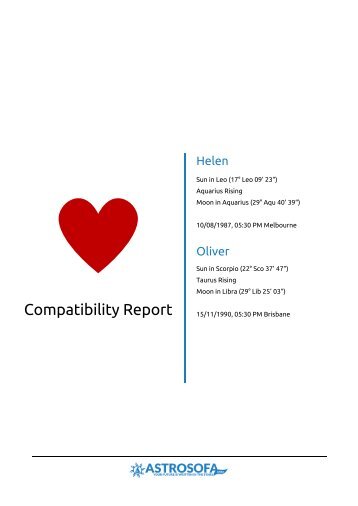 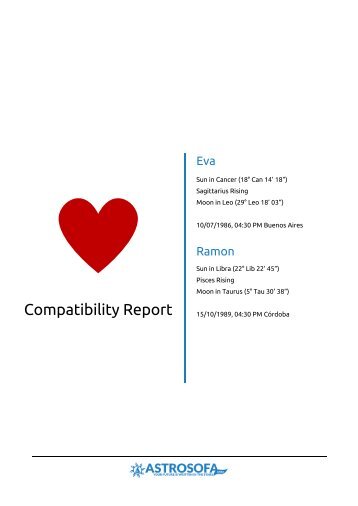 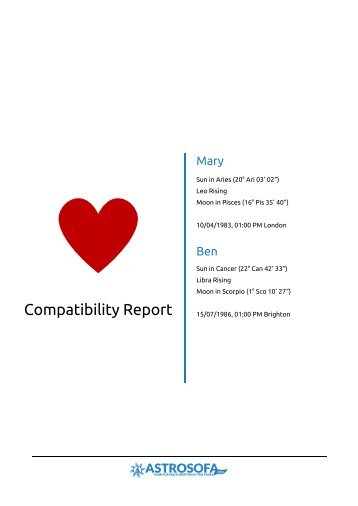